The Drottningholm Baroque Ensemble was founded in 1971. The original six members, at the time leading musicians at the famous Drottningholm Royal Court Theater, set as an overarching goal to perform music from the 17th and 18th century on period instruments. Today, the ensemble has grown considerably to allow orchestral music from the time of Claudio Monteverdi to symphonies by Ludwig van Beethoven, including a full string section, wind, brass, harpsichord, lute and percussion.

Over the years the ensemble has had the opportunity to perform in a large number of countries, more or less covering all continents – Europe, USA, China, Japan, Africa and Australia. Numerous well-known artists and conductors have chosen to work with Drottningholm Baroque Ensemble. Among these, conductors as Christopher Hogwood, Andrew Parrott, Sigiswald Kuijken, Emmanuelle Haim and Alfredo Bernardino, as well as soloist like Ann Sophie von Otter, Malena Ernman, Emma Kirkby and Barbara Hendricks can be mentioned. Numerous concerts and international tours have been arranged together with Eric Ericsson’s Chamber Choir, the Swedish Radio Choir and we have played with in principle all leading choirs throughout Sweden. The ensemble is also regularly invited to play at formal ceremonies at the Royal Court.

The ensemble has recorded a variety of period music on more than 60 recordings on a number of labels, EMI, BIS, Naxos and Musica Svecia, to mention a few. The recording of Vivaldi’s “The Four Seasons” was internationally acclaimed and selected ‘best recording’ by the highly prestigious German magazine Audio.

Beginning 2005, the Drottningholm Baroque Ensemble arranges its own concert series at various locations in Stockholm. The overall aim is to perform early music in a ‘playfull’ way, yet at the highest musical and technical level. Significant effort is put into reaching out to new audiences by establishing novel, interesting and challenging constellations. This is exemplified by collaborating with famous actors, dancers and folk music groups, as well as inviting composers to write contemporary music for period instruments. Apart from having performed at virtually all major Swedish concert halls, we strive to find the optimal venue for a given program, being a church, school hall or a museum. The goal is to create programs where different cultural expressions are mixed to form new and exciting experiences to the audience. While we proudly celebrate our 50ths anniversary in 2021, we ambitiously continue our strive to find creative and innovative concepts to make this old repertoire stay forever young.

We also actively interact with different schools to instill curiosity and awareness of early music and the way we interpret music from this period. Very successful joint concert projects are done with students from middle school level up to concerts with students from the Royal College of Music, Stockholm. These events include concert projects at the Wasa museum, our own versions of Toystories and Children’s Christmas Oratorium, based on excerpts from Bach’s Christmas oratorium with a well-known actor as narrator and ‘guide’ for the children. 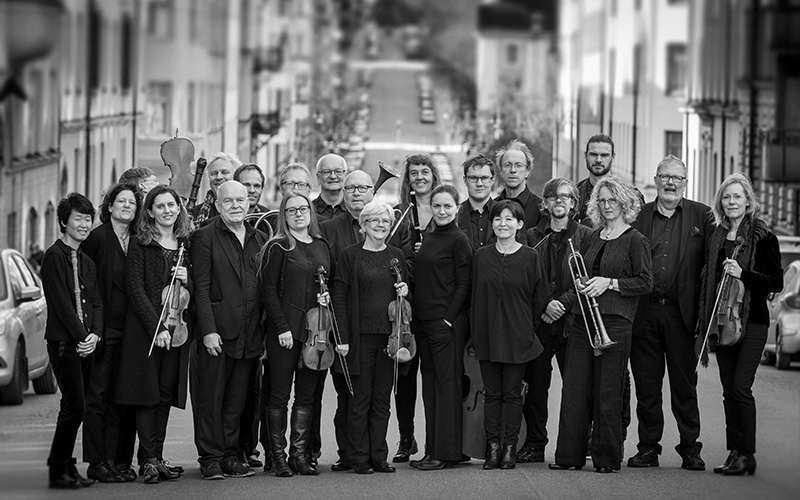